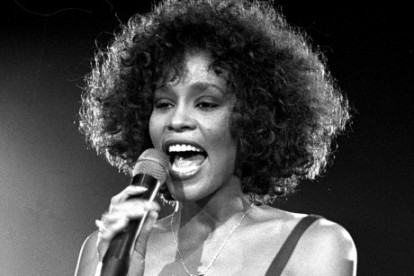 “… we’ve watched Whitney Houston die in front of us, slowly and unmistakably, for more than a decade. Now that she is dead at the age of 48, found at the Beverly Hilton, we face a new and weirder blend: the grief you feel for someone you didn’t really know but are unable to pretend you weren’t tied to, and the awkward truth that they’ve met the end you expected.” – Sasha Frere-Jones, The New Yorker

Whitney Houston passed away yesterday, on the eve of the 54th Grammy Awards. She was set to appear at a pre-Grammy party hosted by Clive Davis, he father-like mentor. She won more than 400 awards, including six Grammy Awards. Frere-Jones published his reaction last night and he so accurately describes what it’s like for us who did not know Houston. We praised her for her talent, and then watched from afar as she struggled with addiction. She was an epic vocalist. Her voice transcended pop music. She affected people throughout the world. I won’t pretend she was my favorite artist. But I’ll never forget singing and dancing along to her hits with my mom when I was a little girl.

“…Houston also cultivated a certain wry warmth, the laugh that burst out of her gorgeous mouth and let us know that she would always come down from the throne, kick off her spiked heels and dance with us.” – Ann Powers, The Record on NPR