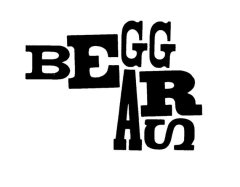 A war is brewing. As music streaming services gain traction among listeners, interested parties such as the services themselves, record labels and mainstream and independent musicians, continue to debate the amount of profits, the possible cannibalization of revenue, and the distribution of earnings. Sean Parker, Napster co-founder and Spotify board member, predicted at a SXSW panel a war only between record labels and artists, with streaming services such as Spotify remaining neutral. But Beggars Group, which includes independent record labels 4AD, Matador, Rough Trade and XL Recordings, may have just set a new trend—changing the game entirely.

During his SXSX panel, Parker said Spotify, which earns money through subscription fees and advertising, is returning a lot of money to the record industry and claimed it will eventually overtake iTunes in this capacity. 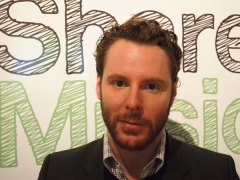 Sean Parker predicts a war between labels and artists.

He said artists who have pulled or withheld their albums from the service (Coldplay and Adele both famously refused to distribute their latest efforts on Spotify) because they aren’t earning enough revenues should look at their contracts. “There’s definitely some sort of dissent brewing between labels, publishing companies and artists,” Parker said. “A lot of it has to do with older licensing schemes. There’s a lot of artists whose contracts are written in such a way that they do not get paid for what’s happening on streaming services.”

Moffitt said, “… at EMI our role is to connect our artists with successful outcomes. That’s why we exist. So we start with what’s best for the artist. Our view is when you do the right thing–combined with rigor, passion, integrity and discipline–good results will follow. We don’t see ourselves as having adversarial relationship to our artists at all.”

But perhaps the reported lack in revenues to artists on Spotify and other similar services is all about distribution. And Beggars Group made an attempt to rectify the issue. Music Week magazine recently reported that Beggars Group director of strategy Simon Wheeler revealed the label pays its artists on a license basis, with 50 percent of the profits going to bands.

“When we looked at the streaming models we felt that splitting this revenue 50/50 as licensed income was the right thing to do,” Wheeler said. “We couldn’t justify it as a ‘sale.’”

According to the article, if other labels followed suit, Wheeler suggested artists could receive double or triple their current income from streaming. Of course, giving major label artists such as Adele 50 percent of the pie is a lot more money than giving an independent band  50 percent, but everyone would still be making some money.

If enough labels offered a 50/50 split on streaming services, maybe they could avoid an impending war.